GST – A tax without boundaries

August 3, 2016 will go down in history as India’s watershed moment with reforms. It saw the birth of one of the biggest indirect tax reforms in India; perhaps the most significant event ever, since the opening up of the economy in 1991. 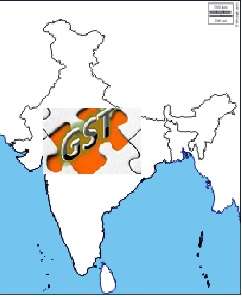 Before we move into what GST will do, let’s get it straight – the GST Bill is yet to be passed; what was done yesterday is merely a Constitutional Amendment in Rajya Sabha (which is the rough territory).

The GST will become a law only after the bill is tabled and passed with its design, tax structure and base rate. We have a long way to go!

Be that as it may, that GST is now closer to implementation than it was earlier is a positive by itself.

What the government wants to do with GST

The GST draft had a clear objective from the beginning.

–          Simplify and rationalise the multitude of indirect taxes levied at the state and central level. The current structure not only imposes tax on tax but also makes availing on input credit an gruelling task for companies. Thus in one sense, implementation of GST will add to the ease of producing or servicing – in other words improve the ease of doing business

–          Reduce tax evasion. It is always hard to evade a law that is simplified. Only complexities lead to loopholes and provide room to escape taxes

–          Widen the tax base; thereby bringing more companies in the tax net and thus generating revenue for the government

What GST can do

We think it is early days to say GST will contribute to GDP Growth (there is no significant evidence of such growth in countries that have implemented). Given that the rate structures are not finalised it is also hard to concretely say which sectors will gain the most. For the same reason, whether the GST will be inflationary or otherwise would be a premature discussion.

Suffice to say that GST will have a slow, steady and wide reaching in the way India produces, sells goods and services. Here’s how we view the big picture:

Dynamic pricing:  Removal of multiple forms of taxes will eventually reduce the marginal tax a company pays for its goods in many sectors (barring some sectors and services where rates will go up). Availing of Input credit across various tax regimes (for example VAT and service tax), which was so far not possible, can be done with GST. Lower logistics costs, better supply chain will all follow suit. All this means that the cost of running a business can actually come down. A manufacturer may choose to retain this as his profit margin or choose to pass some to distributors or to customers. Conversely, where GST is expected to be higher, it will take the form of higher pricing of goods. But eventually, demand, rather than market inefficiencies (such as convoluted tax structures) will set the tone for pricing.

Efficient players will win: GST will demand that companies base their sourcing, procurement and capex decisions based on economics of running a business than on tax structures. It will become imperative for them to get their pricing strategy as well as return expected on their capital, right. To this extent, organised players will stand to win and the less efficient companies will be forced to turn organised or lose out. We expect large, efficient players to be the first-phase gainers of GST implementation.

Corporate states: While this is wishful thinking, it is possible that states that offer the most conducive business environment and resources will attract corporate investments or enjoy higher order book at least. While it is the importing state (state which buys the goods) which will stand to gain in terms of GST revenue, it can be argued that no importing state will blindly import unless it has demand. That necessarily means such a state is witness to high economic activity/consumption. Unless the state’s internal economy is doing well, it cannot be importing goods and services. Similar to the current trend of more budgetary resources being available to states that do well, more revenue would accrue with states whose economy is booming.

What’s in it for you

While we are still a long way away from the actual implementation of GST, it is likely that as consumers of various services, you will see some inflation in the services you consume, at least when the implementation kicks off. And it is unlikely that you will be passed on the entire gains accruing by way of lower taxes in consumer goods any time soon. The best you can do is play the gains made by companies by participating adequately in equities. Seen from a 5-10-year perspective, your investment today will be timely in terms of participating early on, in the reform wave in the country.

Instead of looking for funds that will benefit from GST, you will do well to trust good funds and their managers to take the right positions on your behalf and deliver gains over the long term.  Besides, as most funds have exposure to a mix of manufacturing companies and service companies, they will be well-positioned to benefit from any GST impact.

Look for more details on this subject in our upcoming blogs.

2 thoughts on “GST – A tax without boundaries”