Explaining GST and its impact (Part I)

Over a decade after it was first proposed, a single indirect tax rate and structure for India is very close to fruition, in the form of the Goods and Services Tax (GST).

Defining GST
The GST is a single indirect tax rate that will be levied on manufactured products and services for all states. This tax will apply on the value added by a producer or service provider at each stage in the manufacturing process right until the final consumption. 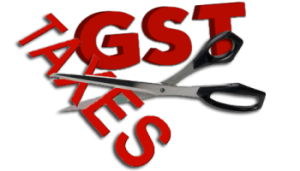 Value Added Tax (VAT), which is currently in place, also applies on only the value addition at each stage. What makes the GST different? To understand that and the impact, it’s important to first grasp the current indirect tax structure.

The GST difference
Several taxes: The centre collects indirect taxes through excise duty, service tax, central sales tax, and customs duties. States get their collections from a plethora of taxes. One, which all states levy, is VAT that applies on the value added at each stage in the manufacturing process. Then there are taxes on entry of goods (entry tax and octroi), luxury tax, entertainment tax, taxes on lottery and gambling, and purchase tax, all of which are not uniformly charged by all states.
GST does away with all indirect taxes save customs duties. GST applies on the value added at each stage. For goods and services traded within a state, there is a State GST, collected by the state and Central GST, collected by the centre. For goods and services traded between states, there is an Integrated GST, split between the importing state and the centre.

Differential rates: On excise duty, depending on the product, there are 8 different rates based on value produced and specific rates based on volume produced. Within VAT too, there are at least 3 different rates. Which goods are taxed at what rates varies with states. Besides, both the state and the centre have their own list of goods exempt from taxes. So there may be products exempted from excise but will have to pay VAT.
GST is a single rate uniformly applicable to all goods and services, with minimal exemptions (like food, education, health). There will be a standard rate for most products and services, a low rate on some and a high rate on some (demerit products like luxury cars or aerated beverages).

Setting off taxes: Companies aren’t able to set off the tax paid on inputs in one state against the tax paid on the output in another state. Businesses and companies, in their operations, buy goods which are their inputs, and avail of services. There is a tax component in these, since the seller pays some form of tax. This adds to the purchasing company’s cost, in turn increasing the tax on its own products. Excise duties can’t be seamlessly set off either, and companies wind up paying tax on excise. This cycle continues right up to the end. The final consumer, therefore, winds up bearing taxes on each stage of production or service.
GST allows seamless input tax credits. VAT and other state tax complications disappear under GST. Thus, the tax paid by a company on its input can be used to reduce the tax it pays on its output, no matter where the production or sale is. This benefit passes down the chain allowing the end consumer to pay tax only on the last production or service stage.

The GST impact
Growth and inflation are two key factors to consider on a change in tax laws. On both these factors, the actual quantifiable benefit on economic growth and inflation of GST is hard to judge at this point. For one thing, the actual rate of GST is unknown (the 17-18% doing the rounds is the expected rate, which states want increased). A markedly higher rate can hurt growth, a very low rate can upset the government and state fiscal. Secondly, the sharing between states and centre is also unclear.

Once the system is in place, the actual GST benefits will show up only over the long term, and not in the next year or two. Some sectors will see a heavier impact from the GST than others. Because GST is a complete overhaul of the taxation system, it will have a pervasive effect. Here is how GST can change overall company prospects.

Cost reduction: One, removal of entry tax and octroi will automatically reduce costs for manufacturing companies. Two, the input tax credit, as explained above, on both goods and services consumed will lead to lower taxes throughout the chain. The effective tax rate because of the set-offs, if done efficiently, can be a good bit lower than the GST rate. Three, logistics and supply chain costs will also drift lower because of the removal of entry barriers, a national software infrastructure for taxes, and a consequent reduction in the number of checkpoints.

Margin expansion: An overall reduction in costs can improve company profitability. Outside this, companies will also be able to allocate resources more efficiently based on the infrastructure provided by states, instead of being governed mostly by tax laws. For large companies, achieving economies of scale and cost efficiencies may become easier since they can set up centralised production and move products without incurring additional taxes. For service companies, the ability to now claim input credit on equipment they buy against the taxes they pay will additionally boost profit margins.

Pricing dynamics: Companies will see heightened price competition. Given that costs drop, some companies may pass this on through lower product and service prices, while others do not. The extent to which tax savings will be utilised depends on the company’s efficiency. This apart, how the company manages its sourcing and supply chain based on an open market will also define its pricing. Unorganised players may be forced to move into the organised fold.

On the flip side, depending on the tax rate, services especially can get a lot more expensive. In the near term, this can dent consumer discretionary spending. Until such time that cheaper goods compensate for this in consumers’ monthly bills, spending can take a hit. Higher service tax can also increase costs for companies which avail services, though they will get input credit benefits.

Further, petroleum is out of the GST’s ambit for now. States and the centre are free to tax them as of old. Electricity is also not in the GST. Power and fuel are huge cost factors for both consumers and most industries; the BSE 500 companies spend around 4% of their net sales on this cost head alone. Input tax credits on these may continue to be problematic. All this can detract from the cost benefits that GST will bring in.

Therefore, what GST will certainly do is change the way Indian companies operate. And it is that which can have an eventual long-term impact on growth.

2 thoughts on “Explaining GST and its impact (Part I)”