This week too, we revisit a fund that we reviewed in 2013 (without recommending it then). Franklin Build India is a fund that will invest in multi-themes that are meant to act as building blocks for the economy. If you believe that the economy has bottomed out and this could be a good time to take exposure to some of the beaten down sectors, then this fund could be a good choice to ride the recovery.

Franklin Build India may seem to have delivered just 6% in 2013; but if you had invested through SIPs, you would have generated a handsome IRR of 20% that year. While the fund’s longer term return of 3 years remains unimpressive, we believe this could be the time to accumulate the fund for riding better times perhaps 2-3 years from now.

Franklin Build India may, on the face of it, seem like an infrastructure fund. But having seen the difficulties faced by other fund houses in keeping a narrow mandate, Franklin Templeton India wisely chose a much larger investment universe for this fund. The fund will invest in sectors that form the building blocks of the economy; that would mean infrastructure, natural resources, financial services, agriculture and themes that are proxy to social development.

This may not seem too different from what a diversified fund would invest in. That’s true to an extent. In fact, the fund has classified itself as a diversified fund and set itself a broad index – CNX 500 as its benchmark. Then why would we choose this fund? Simply because, at this point, we still find pure infrastructure themes and funds that invest in them to be risky. A fund such as Franklin Build India would provide adequate exposure to the theme without going overboard.

While it may not be wrong to say this fund’s universe is rather diversified, you are unlikely to see this fund take very high exposure to software, consumer themes or those that piggyback on the consumption story. Also, it is likely that this kind of fund would have more intense exposure to infrastructure, energy, engineering or cement sectors than pure diversified funds.

Franklin Build India is suitable only for investors with a high risk appetite, and for those who are looking for the ‘next theme’ to invest in. However, note that this theme, or rather multi-theme, may not bear fruit the way the IT or pharma sector did in 2013. You should have a 2-3 year time frame and consider an SIP of at least 1-2 years and then hold after that.

So will this fund outperform infrastructure funds when there is an infrastructure recovery story? Likely not. But at this juncture, this fund appears less risky to play the themes we mentioned earlier and may be better than diversified themes to play such themes, in an upturn. 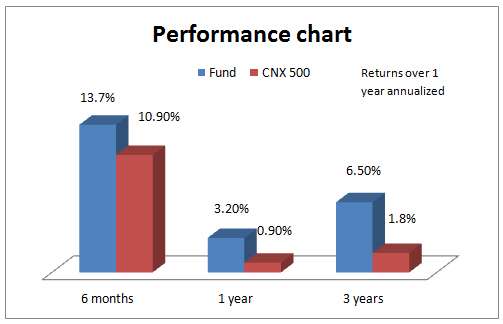 Franklin Build India comfortably managed to beat its benchmark over the last 1 and 3 years. Last year, while it outpaced infrastructure funds (that returns negatively), it just about matched diversified equity funds. Over 3 years, though, the fund beat diversified equity funds by 3 percentage points. We reckon this outperformance would be significant in a rallying market.

When we reviewed this fund in May 2013, the fund beat its benchmark CNX 500 67% of the times on a rolling 1-year return basis for 3 years. It has now improved this record to a good 76% and inspires confidence as 2013 was far from being an easy year. In fact in 2013 alone, its similar performance record was close to 100%.

The fund also deviates less from its mean returns (measured by standard deviation) suggesting that it’s performance is not too volatile. 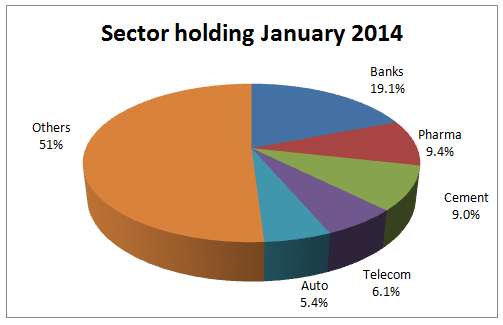 While banks, cement, telecom services and auto are some of the ‘cyclical sectors’ in the portfolio, the fund still has other sectors such as pharma and software. Though some of the top holdings such as Maruti Suzuki India and Amara Raja Batteries remained lack lustre during the first half of 2013, they picked pace in the rally beginning September. Other interesting picks such as Cera Sanitaryware and Bajaj Electricals too did well.