FundsIndia View: When a correction happens… 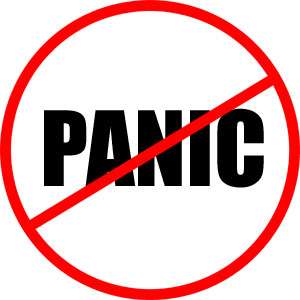 Yes, the equity markets fell close to 8 per cent from its peak on March 3 until last week. Did you notice it? Unlikely, for it was gradual, with a fall of not more than about 2 per cent a day at the most. This would not have been visible if not for the media bombarding you with stories of unwinding of positions in equities during the financial year end, and the geo-political crisis in Yemen.

Well, that’s how bull market corrections happen. They are not sudden, nor swift; unlike the downturn seen in a year like 2008.

For now, nothing internal in our economy changes, save for the fear of the rise in the price of crude oil. As things stand, the short-term surge may be a knee-jerk reaction due to the military involvement of oil-producing nations in the Yemen crisis (Yemen, by itself, is not a key oil producer). At present, experts do not view this short surge in crude prices as being any ‘turning point’ for the downward trend in crude as supply remains in excess.

While we will have to see what dimension this crisis takes, it is easier for us to look internally and assess where we stand.

In the Indian equity market –  the correction, although not too deep, has brought the market close to fair valuations. For instance, the Price-earnings Ratio of the Nifty is at 22  times, down from 24 times on March 3. What does that mean? It means stocks are now less expensively valued than they were earlier. This presents better opportunities for fund managers to pick/average quality stocks.

These corrections are good, necessary, and prevent too much steam/bubble from building up. We will not be surprised if markets slide further from the current levels.

We would also not be too worried by such a correction because, aside of the markets, the reforms of the Government and structural changes are all moving as anticipated, thus continuing to buttress the revival story. Nothing changes there. An improvement in the economic scenario at lower valuations in the markets only spells opportunities.

Still, a correction invariably bothers most investors. We have typically seen investors react to corrections in two ways:

Of course, quite a few, wisely, stay put!

Here’s what we have to say to the above two categories of investors:

For those who stop their investments or SIPs, our message for you will always be the same: short-term blips hardly matter in the long run. You have to simply stay the course to reap the benefit of equity investing. For those running SIPs, it is more risky to stop investments when markets fall. It is the falls that provide the opportunity to average costs. You deny your portfolio such an opportunity by stopping SIPs.

Do you have to buy on dips?

In the market fall from the March 3 peak, diversified equity funds have, on an average, fallen by 6 per cent. Now that is a decent fall to, say, ‘add more investments’. However, do not apply the ‘buy on dip’ theory blindly. If you had bought a fund recently (through a lumpsum), then the current scenario may provide an opportunity to average.

To illustrate, if you had bought 100 units of a fund whose Net Asset Value (NAV) was Rs. 55, and it has now fallen by 6 per cent to Rs. 51.7, then buying another 50 units would bring down your cost to Rs. 53.7 per unit. So you do average. But had you bought the fund at Rs. 45 a unit, then averaging isn’t going to work; at least not in one shot. And unless the market has a sustained dip, you may actually not average at all. You would have lost some paper profits, yes; but it is better to still be on profits without doing anything. And in the long run, the blip would have been more than made good.

Remember, the principles of averaging work straight enough in a stock – even if you bought it at a slightly higher price than your original purchase price. This is applicable as long as you see value for the price at which you buy.

However, in a mutual fund – which is made up of a portfolio of stocks that is ever-changing, there is no such thing as buying at a “cheap” NAV. Yes, you may average your NAV costs over time, especially when it is linked to market corrections; but such averaging should make sense (as illustrated above).

We said that there is a third category of investors who do nothing in these times of “panic”. They are perhaps doing the wisest thing. If they ran SIPs, they would allow it to average by default. If they held lumpsums for the long term, they would not be bothered by the short-term gyrations anyway. And need we say, they make for successful investors!

16 thoughts on “FundsIndia View: When a correction happens…”