If you wish to invest for tax-saving purposes and are new to equity funds, then a less volatile, large-cap oriented fund like DSP BlackRock (DSP BR) Tax Saver can fit your requirement. An ability to contain downsides well despite staying fully invested in equity at all times and superior returns for relatively lower risk are characteristics that make this fund a good starter tax-saving fund. The fund delivered 15.6% returns compounded annually in the past 3 years. That is close to 5 percentage points over its benchmark Nifty 500 and about 3 percentage points higher than the ELSS category.

The fund and suitability

DSP BR Tax Saver is a go-anywhere tax-saving fund. It does not have any market-cap restriction, nor does it have a very specific strategy. It thrives by identifying opportunities at the right time. In that regard and in terms of its portfolio make-up it is not too different from its sister fund DSP BR Opportunities (which is a regular diversified equity fund). DSP BR Tax Saver has, however, remained mostly large-cap biased.

This fund is suitable if you are looking for tax-saving options with limited volatility. If your risk appetite is low, Franklin India Taxshield may be a better option as it remains large-cap focused. DSP BR Tax Saver does not have any such market-cap restriction.

Investments up to Rs 1.5 lakhs per annum in this fund will fetch you deductions under Section 80 C of the Income Tax Act. The Rs 1.5 lakh limit is part of the umbrella deduction allowed for all other tax-saving products. Investments are ideally done through the Systematic Investment Plan (SIP) route to avoid mistiming the market.

A similar exercise (1-year returns rolled daily for 3 years), compared with peers shows that the fund outperformed the category average 73% of the times. While there are funds from the Aditya Birla or Tata houses that have bettered this record, that was possible primarily because those peers came with a much higher mid-cap exposure (almost 50%). DSP BR Tax Saver, on the other hand, had an average large-cap holding of 70% in the last 2 years. In other words, its absolute returns were not as high as some peers as it did not take higher risks. The fund actually managed superior performance with lower risk (as measured by Sharpe or risk-adjusted return) when compared with the same peers. 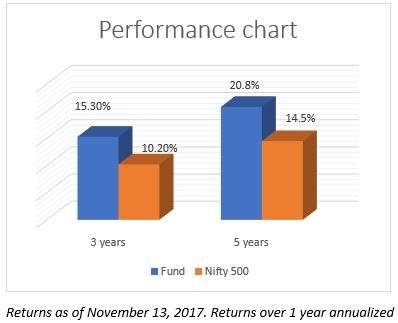 That said, there will be times the fund underperforms. Oftentimes investors look at point-to-point one-year returns to make investment decisions or to review their funds. Here’s an example why this is not a good idea, especially in funds such as this one: Just look at the chart below. The 1-year returns of the fund on multiple dates is given below. If you had seen the returns in August, it might show that the fund outperformed its category average. But if you had seen it in October, especially post the bank recapitalisation announcement, the 1-year returns will suggest that the fund is underperforming. While the fund per se managed to deliver higher in the past month’s bank recap rally, its peers outperformed it, given their higher midcap holding. Thus, if you looked at just the point-to-point returns of the fund in the past few weeks, it might seem like it is an underperformer. Another large-cap peer Franklin India Taxshield too showed a similar trend.

The point we are trying to make is: First, short-term 1-year returns can often be misleading. Funds may have periods of short blips and see dips in performance but pick up later. Second, point-to-point returns can change drastically within a matter of weeks. As an investor, you will do well to look at longer periods of consistent performance. At research, we do this by watching rolling returns over longer periods to measure consistency. But at the same time, we are not oblivious to short-term returns. We watch for rolling 1-year returns too. If a trend of underperformance or outperformance prolongs, then we check the reason for the same.

We mentioned earlier that DSP BR Tax Saver does not appear to have very fixed strategies in terms of growth or value or any theme of cyclical or consumer focused. Also, given its large-cap focus, there is little scope for the fund to ‘discover’ stocks. It rather relies on its timing themes and individual stock picks. It appears to be picking themes or stocks just ahead of up moves and actively book profits. For example, the fund picked metal stocks Tata Steel and Vedanta in 2016, when the commodity uptick started. In terms of individual stocks too, it picks stocks just in time, for example, Larsen & Toubro was picked just as it hit the bottom in February 2016, after a sharp fall in 2015. 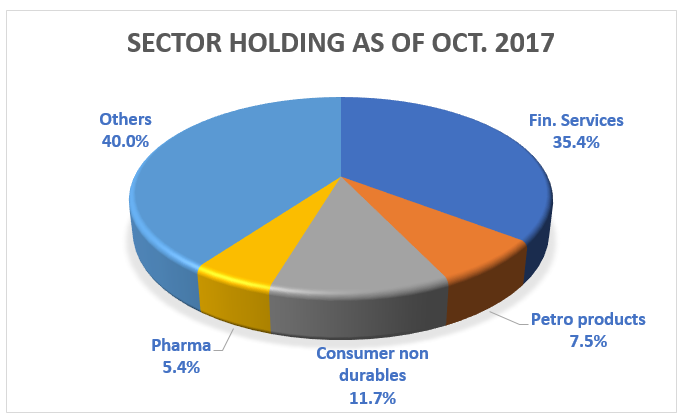 However, there have also been stocks like SBI or Bank of Baroda which it pruned, only to miss the up-move post recapitalisation. Those opportunity losses are inevitable in funds that make tactical moves. That the fund very actively manages its portfolio is visible in its high portfolio turnover ratio; far higher than funds such as Franklin India Taxshield or Invesco India Tax Plan. That the fund still manages its returns with low volatility despite high portfolio churning is what makes its performance distinct.

The fund is managed by Rohit Singhania.