“Value investing is a far bigger opportunity in India now”

Even as the equity markets continue to puzzle its participants with the daily ups and downs, ICICI Pru AMC has gone ahead and launched its value-focussed fund, ICICI Prudential value Fund – Series 1, a three-year close-ended equity fund. Is this an opportune time to enter this fund? In a Q&A with FundsIndia.com, Nimesh Shah, MD & CEO answers why value investing makes sense at this point.

Being a close-ended fund, you are effectively asking investors to time their entry. What is the reason behind launching a value fund now?

Value investing is a far bigger theme than any other opportunity in India in prevailing market situation. This is mainly on account of four reasons:

Besides these four reasons, domestic challenges, the most compelling one of which is continuation of the reforms process, will crystallize post the 2014 union elections. The positive aspect to the elections in terms of reforms is that both parties, the current government in rule and the opposition, have understood that reforms have to continue in order for the country to retain and nurture foreign interest in the form of FDI and other investment inflows. Hence, using the value strategy in the current scenario makes further compelling sense.

Why did ICICI Pru think of a close-ended structure for the fund when there are other value funds that are open ended?

A close-ended fund provides the fund manager the ability to take a more concentrated position without worrying about short-term performance. He can take ‘value’ bets spanning over a period of 3 years. 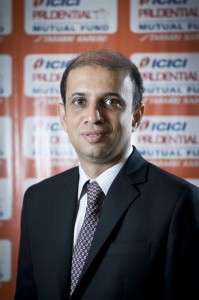 The dichotomy in valuations of one set of stocks and sectors compared with the rest has risen mainly due to the stark difference in the performance of the companies/sectors in the last 3-5 years? Do we have reasons to believe this can reverse soon?

If you consider the performance of the markets over the last 6 years (October 2007 to 2013), you will notice that the NIFTY has moved in a range and is presently at the same level that it was in 2007.

To elaborate, consider the year 2000 when technology stocks were the underdogs. Investing in such stocks then would have yielded significant gains in the following years. Let’s consider a more recent period such as the year 2007; during this year, value funds were under-performers. However, investing in these funds then would have yielded attractive returns over the following 5-year period (2007-2012). I believe that we are encountering a similar situation at present where there is a fair amount of difference in valuation – clearly a value investing opportunity.

Value investing strategies lag in prolonged bull markets. Given that we have already gone through years of directionless markets, when a bull rally does happen, it holds potential to be a prolonged one. In such as a scenario, will the potential for value investing be short-lived, save for the initial face?

The last two election years (2004 and 2009) saw significant rises in the mid and small cap indices during the 12 month period post elections. The mid-cap index rose approx 47% and small cap rise by approx 100% in 2004 and about 88% & 111% in 2009. While it’s true that we don’t expect such a significant rise during the forthcoming election year, we do believe that investing during downturns helps improve the margin of safety.

Using the herd mentality will never result in profits. This is true for all asset classes. Currently the mid-cap and small-cap space is ‘under-owned’ and out of the market’s focus thereby offering a clear value investing advantage. While the short term may not yield profits, one can expect decent returns over the next few years as seen historically.

Which are the sectors and market-cap segments where you see value now?

In the recent past, we were overweight on shipping stocks which were cheap both in terms of price-to-earnings and price-to-book. We were proven correct in our analysis; these stocks were out-performers. Another example is textile stocks which similarly performed well.

The recent rupee movement has been beneficial for large cap technology and pharma stocks. This has been clearly noted by the markets. However, there are a number of low-to-medium capitalization companies in the exports and import substitution spaces that have benefited from the rupee movement too; however, the market has not recognized this benefit in terms of these stocks. They offer very attractive value investment opportunities now.

We have recorded another significant indicator that could trigger good value investing opportunities. Companies in a number of sectors such as steel, cement, auto, auto ancillary and capital goods are currently working at low capacities. When capacity utilization increases even marginally, say by 10%, the impact is pretty significant because without any capex increase, the EBIDTA and PBT can rise significantly by increasing capacity utilization with the same facilities.

The 3-year period (2003-2005) is an example of this phenomenon. We believe that we may witness a similar phase in 2014 – 2015. This phenomenon has been recorded in the US and European markets too. When companies increase capacity utilization without any sharp upswing in the economy, the market is usually caught unaware; this is where value investors benefit – when the market recognizes the profit potential of this higher capacity utilization.

Would you restrict mid-cap holding in the fund?

The fund will not be primarily small-cap oriented stocks since we have seen that in the past, such polarization has not been very helpful. We have opted for a flexi cap structure with 20-40% in large-caps and the rest in mid and small caps. We have noted that there is significant valuation dispersion even in the large-cap space thereby offering value picks. However, there are clearly many more value picks in the mid and small cap spaces at this point of time.

ICICI Pru Discovery, to some extent, also exhibits value strategies. How different will this fund be?

The weightage of small and mid-cap stocks in the portfolio is less than 1%. As against this, the Value Fund, a 3-year closed ended scheme, will have much more concentrated positions, wherein it can take higher exposure in mid and small caps. The asset base will also be lower. The idea is to build a focused portfolio of 25-30 high conviction stocks (the number may wary depending upon prevailing market conditions at the time of deployment and is shared to explain the investment philosophy).

If some of the stocks don’t play out, there could be a possible downside. But we believe that this kind of concentrated position gives it a focused fund structure rather than getting it too diversified.

In our experience, we have seen that if we focus too much on price-to-earnings and price-to-book, we normally don’t get the benefit of the best ideas. Therefore, we have a more omnibus approach where we look at price-to-earnings and price-to-book in the context of ROE and ROCE. We also look for asset-backed situations, special situations and turnaround situations. We have a wide mandate which is in tune with what we have seen has worked in value in the last few years.

Disclaimer: In the preparation of the material contained in this document, the AMC has used information that is publicly available, including information developed in-house. Some of the material used in the document may have been obtained from members/persons other than the AMC and/or its affiliates and which may have been made available to the AMC and/or to its affiliates. Information gathered and material used in this document is believed to be from reliable sources. The AMC however does not warrant the accuracy, reasonableness and / or completeness of any information. We have included statements / opinions / recommendations in this document, which contain words, or phrases such as “will”, “expect”, “should”, “believe” and similar expressions or variations of such expressions, that are “forward looking statements”. Actual results may differ materially from those suggested by the forward looking statements due to risk or uncertainties associated with our expectations with respect to, but not limited to, exposure to market risks, general economic and political conditions in India and other countries globally, which have an impact on our services and / or investments, the monetary and interest policies of India, inflation, deflation, unanticipated turbulence in interest rates, foreign exchange rates, equity prices or other rates or prices etc.

The AMC (including its affiliates), the Mutual Fund, the trust and any of its officers, directors, personnel and employees, shall not liable for any loss, damage of any nature, including but not limited to direct, indirect, punitive, special, exemplary, consequential, as also any loss of profit in any way arising from the use of this material in any manner. The recipient alone shall be fully responsible/are liable for any decision taken on this material.

The sector(s)/stock(s) mentioned in this presentation do not constitute any recommendation of the same and ICICI Prudential Mutual Fund may or may not have any future position in these sector(s)/stock(s). Past performance may or may not be sustained in the future. The portfolio of the scheme is subject to changes within the provisions of the Scheme Information document of the scheme. Please refer to the SID for investment pattern, strategy and risk factors.

Investors are advised to consult their own legal, tax and financial advisors to determine possible tax, legal and other financial implication or consequence of subscribing to the units of ICICI Prudential Mutual Fund.