The opportunity lies in cyclical sectors

Domestic industrials and sectors driven by urban consumption are two areas where Venugopal Manghat sees potential. The Co-Head Equities, at L&T Mutual Fund, he explains why. Edited excerpts from an interview:

When do you see revenue growth pick up again?
Revenue growth for corporate India has gone into negative territory due to poor pricing and this is a result of commodity prices correcting severely. One can see this in the negative WPI inflation numbers that have been reported over the last two to three quarters. Therefore, growth has to necessarily come from volume increases; this has been subdued due to deterioration in the rural economy as well as exports. 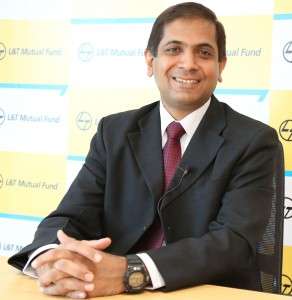 This scenario, in my view, is likely to continue for a while, with no visibility of improvement in commodity prices. The slowdown in the rural economy and exports could get worse before recovering, given two consecutive years of deficit rainfall and a weak global economy. I believe that the poor top line performance of corporate India will continue in the foreseeable future.

Which sectors do you see potential in, now?
At a macro level, the Indian economy is gradually recovering and moving into an up cycle. In this regard, I think the cyclical sectors of the economy would do better over the next few years. Within the cyclical sectors, I think there are only two key drivers right now. One is Government spending, especially on infrastructure investments and the other is urban consumption.

There are indications of both these segments improving. Hence, cyclical businesses which benefit from this trend would be the ones with most potential. So, selectively, domestic industrials and urban consumption-led sectors are the two sectors which we think have potential. Even from a valuation point of view, domestic cyclical sectors are better as they are at the bottom of the cycle in terms of earnings. On the other hand, defensive sectors are seeing moderation in growth and are expensive.

I think that the market has become too skewed towards high-quality stocks over the last few years, given the growth slowdown and reduction in risk appetite globally. Returns from such high levels of valuation would be muted over a period of time. I think, therefore, one needs to strike a balance between investing in good quality companies and ones which have reasonable valuations. Even within cyclical sectors, one can find quality companies and these would better investment options.

Do you still see opportunities in mid-caps and small-caps, since they have not corrected like large-caps have?
There will always be opportunities on a bottom-up basis in any market. However, I think that some of the perceived high-quality stocks in the mid-cap end have become too expensive and there is no margin of safety in these anymore. Some are valued highly because of higher growth rates. But we have seen how stocks get de-rated or underperform when the growth slows. Further, in the September market correction, it was large cap stocks that got punished more, thus leading to a situation of the midcap index being more expensive compared to large cap.

I think this may get corrected first, before mid-cap and small-cap indices move higher. Therefore mid and small cap stocks, especially the more expensive, higher quality ones could consolidate and do a time correction, even if they do not correct materially price-wise.

L&T India Value has moved quite significantly into mid-cap names in this rally.
The L&T India Value Fund is a multi-cap fund, which can invest in any market-cap range. There is no bias. For some time, given the opportunity and relatively lower valuation, the fund had invested in mid and small cap stocks and we believe that has contributed to the fund’s growth.

More recently, as large cap stocks saw steeper corrections, incremental investments have gone into large cap stocks. The investment approach adopted remains completely bottom up and therefore over the medium term, depending on opportunities available and valuations, there may be a prudent mix of large, mid and small-cap stocks in the portfolio.

What sets L&T Business Cycles fund apart from a regular diversified fund?
The L&T Business Cycle Fund is based on the concept of an economic cycle. Under this concept, all economies go through cycles and the sectors that perform well are very different in the up-cycle of the economy compared to those in the down-cycle. The fund endeavours to exploit this difference by moving between cyclicals and defensives depending on the stage of the economic cycle.

In a regular diversified fund, there is no such thought process. They are generally constructed with the benchmark in mind and would have both cyclicals and defensives at all times, either as an underweight or overweight position. As we think that the Indian economy is closer to a trough and is expected to gradually recover, in the Business Cycles Fund, we have invested only in the cyclical sectors currently. Exposure to sectors such as consumer staples, healthcare, IT, utilities and such are at zero, which makes the fund unique.

The article (including market views expressed herein) is for general information only and does not have regard to specific investment objectives, financial situation and the particular needs of any specific person who may receive this information. Investments in mutual funds and secondary markets inherently involve risks and recipient should consult their legal, tax and financial advisors before investing. Recipient of this article/ information should understand that statements made herein regarding future prospects may not be realized. He/ She should also understand that any reference to the securities/ sectors in the document is only for illustration purpose and are NOT stock recommendations from the author or L&T Investment Management Limited, the asset management company of L&T Mutual Fund or any of its associates. Any performance information shown refers to the past should not be seen as an indication of future returns. The value of investments and any income from them can go down as well as up.