How to judge a fund’s performance

Looking at the returns of your fund holding today has you worried and fuming. That large-cap fund you thought was stable and had only moderate risk has actually lost you money in the past one year! Is this the cue for you to change your holding? Should you instead invest in that other fund that is showing high returns? Are you holding bad funds? 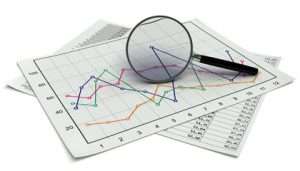 No. The most important rule in judging fund performance is to avoid looking at returns in isolation. Running a few simple checks will be enough to judge how your fund is performing and whether it’s a bad fund that you need worry over. Answer these questions.

How has the market performed?
An equity mutual fund invests in the stock market. Now, if the stock market were to correct – meaning that the stocks are falling – it is hardly logical to tag a fund as a poor performer because returns look to be in the low single digits or it slipped into losses. A fund would be hard-pressed to put up high returns if it were a broadly correcting market.

So here is the first point. A fund always aims at beating its benchmark. Therefore, the fund returns should always be looked at in the context of how its benchmark is doing. Consider BNP Paribas Equity for example. It has sunk 12.8 per cent in the one-year period. This would normally send you into a tizzy. But look at its benchmark, the Nifty 50. It lost 16.9 per cent in one year. On comparison with the benchmark, therefore, BNP Paribas has actually done well and returns aren’t as dire as it appears.

A fund has performed well if it has beaten its benchmark.

What sort of fund is it?
Stocks break up into large-cap stocks (those with a market capitalisation of over Rs 15,000 crore), midcap stocks (between Rs 2500 and Rs 15,000 crore) and small-cap stocks (below Rs 2500 crore). In each market cycle – whether up or down – one set will outdo the others. In 2015, for example, the Nifty 50 index lost 4.1 per cent. Mid-cap stocks went the other way, gaining 6.2 per cent. The exact opposite happened in 2013, when the mid-cap and small-cap indices were far below their 2008 peaks even as the Sensex and Nifty surpassed their highs.

Your fund will have a strategy of either investing primarily in large-cap stocks, or mid-cap and small-cap stocks or a mix of these. Because each set behaves differently in each market cycle, comparing the returns of a large-cap fund when large-caps are down (as was the case in 2015) with a mid-cap fund when mid-caps are up will give you a completely wrong understanding of performance.

So here’s the second point. Compare your fund with similar funds, also known as its category. Continuing with the BNP fund from above, its 12.1 per cent one-year loss would look miserable indeed if you compared it with, say, Mirae Asset Emerging Bluechip’s 3.9 per cent one-year loss. But the former is a large-cap fund and the latter is a mid-cap fund, and mid-caps began correcting only in the past two months while large-caps have been in the correcting zone from August last year. The BNP fund is still better than peers such as DSP Black Rock Top 100 or Canara Robeco Largecap+, as well as its category average of -14.9 per cent.

A fund has performed well if it has beaten both its benchmark and the category average.

How often has it beaten the benchmark?
Looking at the top performing fund for the year gone by in order to figure out where to invest or to switch into because your fund is not doing well will more often than not, bring you grief. The top performer in one year does not have to be the outperformer in the following year. Had you invested in SBI Emerging Businesses in 2012, after you saw it among the best performers with a 56 percent return, 2013 would have seen the fund down 8.3 per cent. The BSE 500 index, its benchmark, returned 31 per cent and 2.3 per cent in 2012 and 2013.

That brings up the third point. Your fund should be one that is consistent in outperforming the benchmark and the category average. What is consistency, exactly? A fund aims at investing in stocks that will perform well. Funds that picked up Maruti Suzuki, or HDFC Bank, or Britannia Industries, or Asian Paints in past year, for example, would have clocked good returns. They correctly predicted that consumer companies, or private sector banks were the way to go. But it could also be that the fund got lucky that one year in picking solid winners.

Consistency measures a fund’s ability to pick more winners in all market cycles, all the time. It tells you that the fund’s strategy keeps it ahead of benchmark and category for several years. Ideally, the way to gauge consistency is to roll the annual returns daily for three years at least, or even five years or since inception. This isn’t possible for you to do, of course. Instead, look to the fund factsheet. It will provide returns for at least three previous one-year periods for the fund, its benchmark, and the market. Some factsheets give out more detailed returns for different periods. Fund returns should have beaten the benchmark, as explained earlier. Aggregator websites also provide point-to-point returns, which you can calculate year wise.

If your fund is consistent in the long term, then sudden short-term poor performance can be forgiven since the likelihood is that it will bounce back. The underperformance can be due to it holding out-of-favour stocks or a sudden blip as a knee-jerk reaction to some news flow.

A fund is a good performer and a quality one if it has beaten its benchmark and category average consistently over the long term.

So don’t unnecessarily fret over your fund’s seemingly bad returns. Dig deeper and then decide whether or not you should change your fund.

14 thoughts on “How to judge a fund’s performance”