March 11, 2016 . Vidya Bala
Mutual funds . Personal Finance
By trying to place EPF and NPS on an even footing, the government wanted to send across the message that now, investors have to look for superior returning products and not just tax-saving product.

You might rejoice now at the withdrawal of the Budget’s proposal to tax provident fund on maturity. But it may not please you when I say that you may have won the tax battle but run the risk of losing the returns war. Lower contribution (since you mostly invest only to save taxes) and lower returns from the traditional options of provident fund may leave you with a much lower corpus than you ought to have.

Let us look at the entire issue from the perspective of what the government is seeking to achieve and what it means to you.

The current and previous ruling governments have tried various means to get EPFO as well as investors themselves to adapt a bit to market-linked investing.

–          One, it had asked the EPFO to invest a portion (15-20%) of their corpus in equities (index-linked). This did not yield much result but finally a measly 5% of the incremental corpus was agreed to be invested. Hardly a proportion to yield any impactful results for the investor or for the government to reduce its burden from ‘subsidised’ rates.

–          Two, one of its other market-linked products, NPS, did not have much corporate takers. In Budget 2015, the government stated that it will look at eventually making an either or of EPF or NPS. That is, an employee can choose to have one of these two.

–          Three, in a significant move, it changed the way interest rates would be set for small-savings schemes and said rates would be reset every quarter. That means your balance in EPF or PPF can earn different rates every quarter and in the current falling rate scenario, that means your returns will simply move southward, forcing you to move to better yielding options.

–          Four, the Economic Survey this year, too has noted how a chunk of ‘wealthy’ investors are the ones to take maximum advantage of benefits in small savings schemes including provident funds and the need to at best postpone taxability and not entirely exempt it (move to EET). 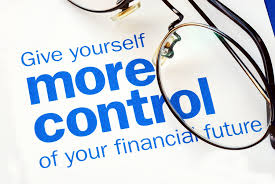 In all this, the message is clear. One, the government want Small Savings to belong to genuinely small investors and not those seeking tax haven and safety besides good returns.

Two, the government does not intend to continue its ‘subsidy’ raj in the interest rates and would at least like part of it to be linked to market forces. Paying just 25 basis points more than gilt for PPF/EPF is a clear indication.

Three, with deepening gilt market, the government has enough ways to raise resources than to depend on public money. It does not need local players alone to buy its bonds; there are FIIs in hoards, now.

The budget proposal (before rollback), although harsh, was trying to convey that investors need to broad base their investments. They need to change their attitude towards investing.

As those who have observed the government instruments rates will agree, interest rates, whether in EPF, PPF or other government schemes have clearly been on a downward trend post the late 1990s. There is no way we will go back to the period of 12% returns.

All this means, the government needs you and you need to move to market-linked instruments that deliver superior returns, rather than getting stuck with the idea of saving taxes (at all costs) alone. Just as the government cannot bear the cost of providing for an ageing population, you will yourself find it hard to fend for your needs with higher cost of living and lower returns.

By trying to place EPF and NPS on an even footing, the government wanted to send across the message that now, investors have to look for superior returning products and not just tax-saving product.

Unfortunately, the move was too sweeping and less thought out to be accepted. Here’s the trouble with the Budget proposals.

As a result of the rollback, NPS continues to remain a weak option, despite the 40% exemption on withdrawal (as upto 20% will still be taxed out of the 60% allowed to be withdrawn). On the other hand, EPF and PPF will continue to swell, with investors unaware that they may be among the mediocre returning options, given that the rates are set to be more dynamic.

If the intention of the government was to force people into properly channelising the lump sum they receive on retirement into products that give out regular income, then it could simply have demanded proof of such income-generating investment to avoid tax on withdrawal. Any withdrawal, before retirement, must be taxed to deter investors from pulling out their entire corpus.

Pension plans, which are low yielding, should not be the only option when it comes to parking such proceeds. Why not give an array of schemes – including options such as Post Office Senior Citizens’ Scheme or for that matter low-risk mutual funds and government bonds to ensure investors create their own ‘income’ stream?

Unfortunately, this did not happen in the recent Budget. However, the roadmap laid thus far is pointing to only one direction: a move towards market-linked products if you are saving for retirement. This may yet reappear in a new avatar for all you know. And its better for you if they do.

So what should you do as an investor? Looking up to the Government to pay you inflation-beating returns, looking up to the tax authorities to exempt all such income and looking up to the employer to contribute to your retirement kitty (which is the latest proposal; that employer will contribute more to pension) are all variables that are not within your control – as far as building wealth is concerned.

A move here or a move there can send your financial goals for a toss. This is one of the biggest reasons why you should have your own retirement savings plan in place by way of simple, steady investing in high yielding asset classes whose returns will ensure taxes, regulations and regulators matter little over the long term. For what remains at the end, from investing regularly in such asset class, is wealth alone.