If you are starting out on a long-term portfolio, or are looking for participation in equity albeit with less volatility, you can consider investing in the Tata Balanced Fund. This equity-oriented fund, with about three-fourth of its assets in equities and the rest in debt, has a track record of delivering 17.7 per cent annually in the last 5 years. That’s not only a good 7.5 percentage points higher than the CRISIL Balanced Fund Index, but is also superior to the average returns of diversified equity funds by a similar margin.

Tata Balanced Fund has a long track record, having been launched in the last quarter of 1995, making it witness several market ups and downs.

The fund invests about 70-75 per cent of its assets in equities on most occasions. While peers such as ICICI Pru Balanced Fund reduced their equity holding to 65 per cent levels, Tata Balanced Fund seldom reduced its holding below the 70 per cent mark in recent years. The benefit of such a holding is that the fund outperforms its index and peer groups by a significant margin in up markets.

In 2007 and 2009, for instance, the fund beat established peers such as HDFC Balanced Fund and ICICI Pru Balanced Fund by a massive 20-30 percentage points. On the flip side though, the fund does fall more than its peers in down markets. Hence, while you can expect this fund to contain declines better than diversified equity funds, if you are more conservative, you will do well to hold the above-mentioned peer funds over Tata Balanced Fund.

Dividend Payout Option: Tata Balanced Fund has a unique option that may help even relatively conservative investors looking for regular payouts. The fund has a monthly dividend payout option that was started in August 2010. Since then, it has been paying investors who chose this option every single month, although the quantum of dividends varied based on market conditions. Over the last one year, it has declared an average 3 per cent dividend every month.

Hence, for a retired investor with investments diversified across other fixed income products, this fund could be a good option to take exposure to the equity class.

Had you started a Rs. 10,000-a-month SIP in Tata Balanced Fund 10 years ago, you would have a handsome Rs. 32 lakh today. That’s an annual yield of 19 per cent. The benchmark, Crisil Balanced Fund Index, on the other hand, would have fetched just Rs. 21.9 lakh; that’s an Internal Rate of Return of 11.6 per cent annually.

Since 2000, Tata Balanced Fund has outperformed the benchmark by a cumulative 80+ per cent. On a rolling one-year return basis for the last 3 years, the fund beat its benchmark 88 per cent of the times. Over the last one year, the fund outperformed most of its peers by a good margin.

As mentioned earlier, Tata Balanced Fund has mostly sought to hold equities above the 70 per cent mark, even in down markets such as 2008 and 2011, although its peers reduced their holdings to around 65 per cent. This higher exposure though, delivered handsomely when markets moved to the green. In 2009, for instance, the fund managed a whopping 72 per cent return, a feat achieved by just a couple of other peers who held higher mid-cap stocks. 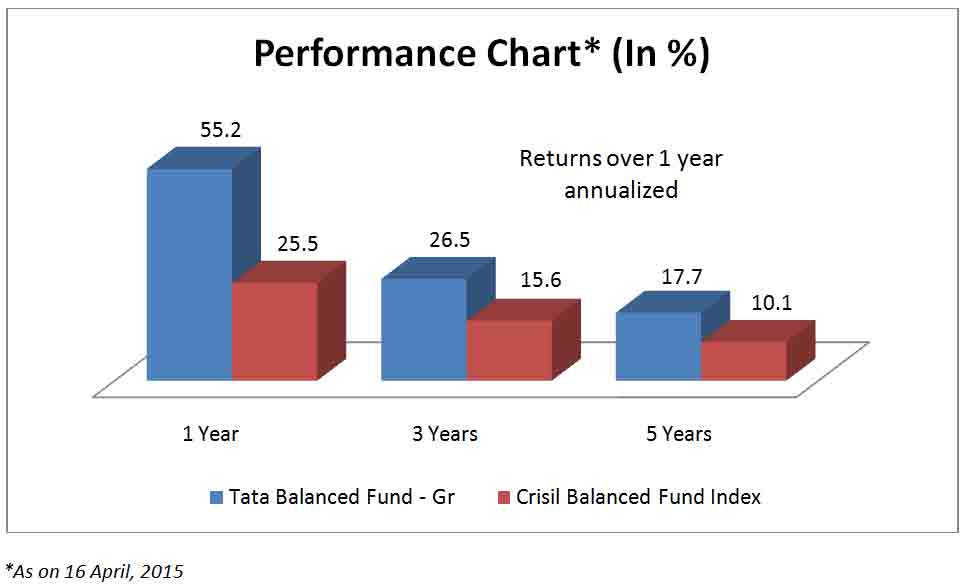 As of March 2015, 50 per cent of the fund’s total equity holdings were in large-cap stocks, and 21 per cent and 3 per cent were in mid-cap and small cap stocks respectively. The fund holds a more diversified portfolio of about 68 stocks over 15 different sectors. Its top 10 holdings account for 32 per cent of its portfolio. It also sports a low portfolio turnover ratio (just 0.56 times). 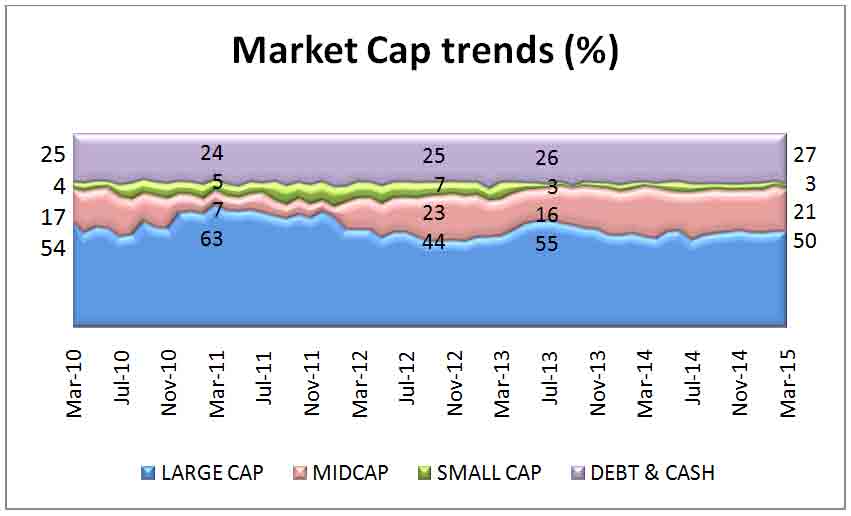 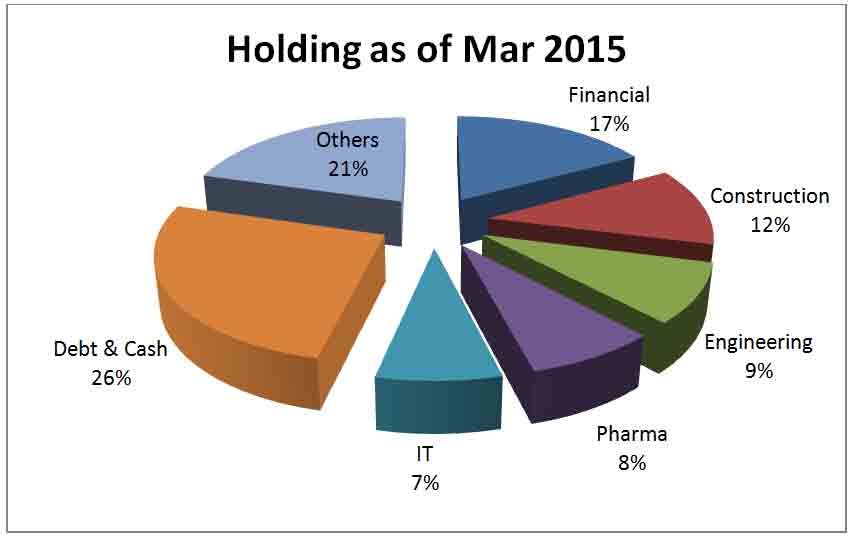 Like most other funds, the banking and financial sector remains the fund’s top pick, followed by construction, engineering and pharma.

*Mutual Fund investments are subject to market risks, read all scheme related documents carefully. Past performance is not indicative of future results. To know how to read our weekly fund reviews, please click here.