Your debt funds fell. What now?

July 17, 2013 . Vidya Bala
Advisory . Fund advice . Mutual funds
A reversal of this swift fall can be equally rapid. When a debt rally does happen, it is unlikely that you will have time to react to or gauge the situation. 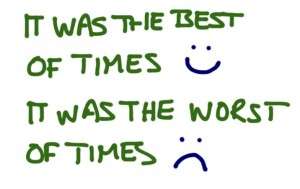 Let’s jump to the brass tacks. Your debt funds took a knock on Tuesday July 16. And it has everything to do with the RBI’s unexpected moves to curb the rupee’s depreciation against the dollar.

We had some of you writing to us asking what went wrong with debt funds and what needs to be done. So let me try to place things in perspective.

But before that, our suggestion to you would be – don’t panic. The debt market is already running a discount sale. Get what I mean?

The move
First, almost all economists and fund managers were caught off guard by the RBI’s move late Monday to suck liquidity from the system by resorting to 3 key moves: one, borrowing by banks under the liquidity adjustment facility (LAF) was restricted. The rate of borrowing under the marginal standing facility or MSF, which is used by banks to borrow from the RBI in times of acute liquidity distress, was hiked. Three, the RBI will carry out open market sale of bonds.

Now the first two moves meant that banks and finance institutions sold their money market and debt holdings to meet their liquidity requirements. That resulted in a fall in price of bonds across various categories and a rise in price of yields (yields and bond prices being inversely related).

Hence, debt funds holding these instruments too fell. While few funds remained flat, the highest fall was 3.9%. The fall was highest in gilt funds and least in liquid funds.

Temporary move
Before we move to the impact, it is important to know that this is viewed as a temporary measure taken by the RBI to curtail the rupee fall ( as told by then Chief Economic Advisor). That means, it will likely be reversed when the rupee stabilizes. Now, when that will happen is a question that simply stumps me at this point.

All that can be said is that the RBI resorted to a similar move in 1997-98 and reversed it after 2.5 months.

This time, much would depend on how the rupee responds, at least sentimentally, to other swift government moves such as increasing the FDI cap across sectors to ensure more dollar flow.

Also, the liquidity sucking measures are unlikely to remain in picture too long given that it can have a significant impact on economic growth (as there would be lower credit available for companies to invest and grow). The Finance Minister too, has stated that growth will remain a priority.

If you were to consider this as a bitter pill remedy, then the slide in your NAV needs to be viewed as a slip; that means they would bounce back. 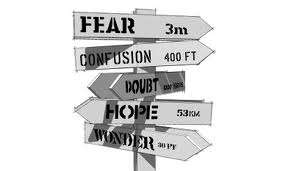 What it means for funds
As discussed earlier, there was an across-the-board fall in prices of debt funds, including liquid funds. Now, it is true that liquid funds are generally considered safe. But, with a fall of this magnitude, liquid funds were required to ‘revalue’ their NAVs at fair value in line with the market moves. But these are ‘mark-to-market’ adjustments.

That means, if a liquid fund simply held its instruments till the underlying maturity, they would actually recover. For you, it probably means a week to 15 days (depending on how much the fund fell) to recover the capital lost, if any, and then the normal accrual (interest income) would start to kick in.

For funds with short to medium maturity, the loss may take longer to recoup as their maturity date is longer and funds would have to technically hold them to maturity to get the accrual income.

In all this, remember, there is no credit default. Only a rate risk has occurred. That means, a fund will recover its investment and the return by simply holding it.

For long-dated bonds, without doubt, the tides have to turn (yield should stabilize and then fall) before investors can manage returns. But when the tides do turn, it would be as swift as this fall. That means, the opportunity for quick returns has become elevated in this segment, albeit writ with volatility.

What you can do
The first thing in your to-do list would be not to resort to panic selling. Remember, what you are holding now is a ‘market-linked loss’ which will hopefully reverse over a period (sooner in short-term funds). By selling now, you are simply crystallizing these ‘book losses’ in to a real capital loss.

From the fund house angle, a redemption pressure from investors at this point would force fund managers to sell instruments at cheap prices and incur losses, instead of simply holding them and benefit from the accruals later. Hence, your selling in panic will only prevent the fund managers from doing what is best for your portfolio.
Here’s what you can do:

– If you have near-term requirement for your money lying in debt funds, take stock of it after a couple of weeks, whatever be the nature of fund. This can definitely mitigate the losses you may be sitting with, today. As the outlook over the next month or two appears extremely uncertain, you may wish to take the money out for your near-term requirement, but exit when the dust settles.

– If you are holding liquid and ultra short-term funds and need the money in a month or 2, the above still holds good to ensure you do not lose capital. But if you do not need the money and it is simply a contingent fund, you could just hold. The ‘carry’ on these funds would actually provide better returns after a while.

– If you are holding short-term debt funds and have a year’s time, then you have a better chance of a capital appreciation.

– If you have income/gilt funds which you invested for the long term, then you may consider holding them for not less than 2 years, to be able to gain the most.

– If you are invested in any duration funds with a time frame in mind and have run part of the course already (say you bought 6 months ago) then you should consider holding the fund through the original time frame with which you bought or were advised.

– If you had taken speculative calls, especially in long-dated funds such as gilts, then your uncertainty just got worse.

Remember, a reversal of this swift fall can be equally rapid. When a debt rally does happen, it is unlikely that you will have time to react to or gauge the situation. When we talk of a rally of not less than 150 basis points (on an average, based on the latest yield rise), a single rally could mean a 25-50 basis point rally. That would mean there could hardly be time to react.

Hence, while the near term volatility and pain can test your patience, the gains, when they eventually do happen may compensate well. But remember that also means, you should grin and bear over the next quarter or more.

New investors
If you have been looking to invest in debt funds, then the next few weeks could provide very good opportunities for you to invest if you have the grit to. Imagine this to be a distress sale.

But then, let me add that your money could take a roller coaster ride and remain volatile for a quarter or two. That means, if you invest now you should do so with a view of at least 2 years.

For this time frame, income funds would fit the bill well. Ensure that you invest in a phased manner.
While gilt funds would provide opportunities, the current fall is a good example of how sharply gilt funds can be hit. So do measure your risk-taking ability before you take the jump.

One other opportunity in the debt space is FMPs with a 1-2 year time frame. FMPS that are issued in the next several weeks would lock in to very high certificates of deposits. One-year CDs closed at 10.28% on Tuesday and may remain about those levels for a few weeks.

Short-term debt funds would be an option for those with the above time frame but with ability to take higher risks than FMPs and do not wish to lock their money.

In all, let’s view this as a slip and not a fall.

84 thoughts on “Your debt funds fell. What now?”