Last week, we covered basics of the types of debt funds. Now, let’s understand how debt funds make their returns. Once that is done, it’s easy to see how risks in debt funds come up and how to manage it. 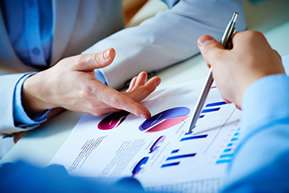 Bonds are traded on the market just like equity, though the debt market is nowhere near as liquid and all bonds aren’t listed. Now, a bond carries a specific interest rate or coupon. If interest rates move lower, new debt instruments issued will consequently have lower interest rates. But older instruments that are already issued still carry the old – and higher – interest rate making them more attractive than new instruments. Therefore, their prices move up.

Now, the debt fund can sell bonds when prices rally; that is, it gains from capital appreciation of the bond. Such price changes are the most in government bonds as these are the most liquid. When debt fund managers anticipate a downward rate cycle, they usually up holdings of long-term government bonds and make neat gains through capital appreciation. In a static or upward rate cycle, they can move into short-term debt.

The strategy of playing the interest rate cycle is called a duration strategy. Dynamic bond funds (long-term funds) are the ones that typically do this, actively juggling their portfolios between long-term and short-term, corporate or government debt. Gilt funds also follow duration, which is why they work well only when rates fall.

So what’s the risk here? One, these funds have higher volatility as they are driven by bond price changes. Prices react to interest rate changes, potential government borrowing, foreign inflow, and the like. Two, the duration call can take a longer time to play out than expected (this is what has been happening for the past several months, affecting funds following a duration strategy). So if you’re holding such funds, don’t be spooked by volatility in returns.

Income accrual
The second way a debt fund makes its returns is through holding the bonds and accruing the interest due on them. This is called an accrual strategy. They aim at delivering returns across rate cycles and do not bet on directional changes in interest rate as duration funds do or actively trade their debt instruments. Liquid funds, ultra-short term funds, and most short-term funds follow such a strategy. Sometimes, short-term funds may pull a duration play, but they will not get into it as much as long-term dynamic bond funds.

Typically, fund managers will look for bonds that provide them the best yield. Higher-yielding instruments are mostly in corporate debt. When interest rates are moving south – as it is starting to now – it gets harder to have a high portfolio yield. Funds may thus start looking at lower credit-quality companies (recall our explanation on credit risk last week) to generate higher returns.

So what’s the risk here, other than payment delays? A change in the company’s fundamentals can either improve or worsen the credit rating of a company. When the credit rating is lowered, the company will have to pay higher rates if it is to borrow as it becomes riskier. This higher risk perception and the fact that the existing bonds have lower rates results in a mark-down of the bond’s value. The fund’s NAV will thus reduce as the fund adjusts the value of its holding to the new value, or marks it to market as it is officially termed.

This is what happened recently to funds from the Franklin and ICICI stables as steel major JSPL, which was widely held by these two AMCs, was downgraded by rating agencies. When downgrades are steep, as it happened with Amtek Auto last year and JSPL now where the downgrade was 2-3 notches, the mark down in value is greater.

But here’s the important point. The NAV change is a result of fall in bond prices or book value only – it’s notional. The fund may still hold the bond. A credit downgrade does not mean the company has completely defaulted on its payments or even that default is definite. It’s just that the risk has moved up.

If the company continues to pay the interest and principal payment, the fund will recover its entire investment. The loss in NAV due to market price will then neutralise eventually after the bond matures. Unless the fund manager sees a risk of default or further downgrades, such bonds will continue to be held in the portfolio. All you have to do wait it out.

The reverse can also happen; a company can see a credit rating upgrade. Its existing bonds carry higher interest rates and the lower risk perception sends bond prices higher. The fund’s NAV will therefore move up as it marks to market. The fund can book capital appreciation in such cases. Even if the fund held an unlisted instrument, it will enjoy higher coupon in such a bond (as it entered earlier), as fresh issues would come at lower rates. So understand the kind of credit risk you are taking. If you cannot, stick to funds that invest in top-rated debt only, even if you are a long-term investor.

Remember, debt funds, like equity funds, require specific time-frames for investing. If you have a horizon of two years or lower, stick to short-term funds, ultra short-term funds, or liquid funds. Go for long-term debt funds only if your horizon is longer than at least two years.

This brings us to the end of our debt fund discussion. Do let us know if you need anything else explained!

14 thoughts on “FundsIndia explains: How do debt funds deliver returns?”