Why passive investing is not random in India

The Mathematician George Spencer-Brown, in his book, ‘Probability and Scientific Inference’, tells us something remarkable. In a random series of 101000007 zeroes and ones, there are likely to be 10 or more sequences of a million consecutive 0s. If we were to do a pattern analysis, and took a considerably large consecutive set of a million entries that happened to be one of these 10 sequences, we’d conclude that it’s just a series of 0s.

A large chunk of life is random, and we as humans are wired to find patterns where none exist. But how does that affect investing in mutual funds? 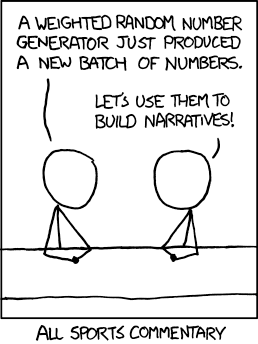 There is a large volume of literature in the West that proves that actively managed funds in their markets often do no better than index funds, and thus, aren’t worth the cost. But in India, that hasn’t been true in the past 20 years when mutual funds have become available as instruments of investing. Why does this divergence happen? How can we understand this? Are we to think that the past 20 years are like the sequence of million 0s, and soon, we’ll regress back to mean? Or, are there mathematical reasons for the divergence?

To understand that, let us understand the index we have. The index that most people are aware of in India is the Sensex. We also know that the Sensex comprises of 30 most widely traded stocks with sector-wise allocation among those 30 stocks. The question we have to ask ourselves is: why the number 30? Why not 29? Or 31?

If you ever sat in a class of college level statistics, you may immediately recall: for a process to be modeled as Gaussian so that we can measure its mean, standard deviation and confidence intervals well, we need at least 30 observations. That’s the Central Limit Theorem, very loosely stated. While the Bombay Stock Exchange (BSE) does not explicitly state anywhere that this is the reason they picked 30 and not 29, it’s a reasonable guess, given that most other stock indices also have 30 or more constituent stocks (usually much more). There are some textbooks that put the lower limit of the number of observations at 20 instead of 30 for modeling a Gaussian. That quite likely explains why even very small countries have indices that rarely go below 20 constituent stocks.

As the number of observations tends to infinity, the process tends closer to a normal distribution. So, as long as the constituent companies satisfy some criterion, the more companies/stocks an index has, the better it is. But stock market indices are also brands. That’s possibly why the S&P 500 has 500 stocks. It’s nice and round. S&P 499 does not roll as easily off our tongues.

That difference between 30 and 500 likely explains why index funds in India do not do as well. Or, stated otherwise, why actively managed funds tend to do better in India. We likely don’t have enough observations (i.e. companies) to assume the Sensex is a Gaussian. This makes its mean not accurate, and thus, the Sensex is probably not even a good proxy for the market. The NIFTY, the other popular index in India, has 50 stocks. But that’s still only 50, and fund managers beat that routinely as well, pointing to the same problem.

The question then becomes, what if there’s an index fund that mirrors the BSE 500? Does the literature that holds for funds in the West apply for those funds? Are we better off investing in them? Unfortunately, there are not enough index funds that track the BSE 500 for us to conclude anything. There’s a good reason for that: India is not as large an economy as say, the United States of America (USA); therefore, the BSE 500 is volatile, and many of the constituent companies may not pass the tests of investment worthiness of large fund houses. So, unless India’s economy grows manifold, and indices of greater magnitudes are viable, you are better off thinking that George Spencer-Brown’s postulation doesn’t apply to your particular case.

I plan to investigate this further in the next series of posts to find out if indices with a larger numbers of stocks, and those in larger economies, beat actively managed funds across countries.

3 thoughts on “Why passive investing is not random in India”