The RBI made a surprise repo rate cut of 50 basis points through its September 29 Monetary Policy Statement, taking the repo rate to 6.75%. While the reaction in the stock market seemed a bit sedate, initially, bonds yields reacted positively, falling 0.14 to 7.58% (10-year 7.72% gilt) soon after the announcement. 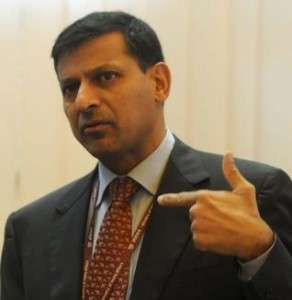 Call it a festival season bonus or that Santa Claus is in town early (as the media said), the RBI governor’s response was “My name is Raghuram Rajan. And I do what I do”.

And he did what he usually does – surprising the markets yet another time; as the rate cut was higher than analyst consensus estimate of 25 basis points.

–          The RBI has explicitly stated that it is frontloading its policy actions. It hopes that investment (investment activity in the economy) will likely respond to certainty about the extent of monetary stimulus in the pipeline, the low transmission notwithstanding. This raises the bar for the next rate cut in the next 3-6 months as the ball is in the court of government and private companies to revive investment or evince interest at least.

–          That the RBI has chosen to be nimble in its policy approach is evident from its surprise rate cuts as well as with its regular revisit of inflation targets. With the low base effect in inflation waning by late 2016, food inflation risks not entirely abating and constant changes in the global environment, the RBI could well hold or delay any further policy moves. That essentially means that the game in the bond market may be a long drawn one.

–          But it does appear that the game is not over (albeit long drawn) if one considers the 5-5.5% inflation range we are at today (and expected to be under 5% by January 2017) and a desirable real rate  (as often suggested by RBI) of at least 1.5%. That means repo rate should be roughly at 6.5% and 1-year treasury yields at 6.75%-7%. That in turn means more rate easing could be due later; provided the bulk of RBI’s conditions (inflation, deficit, global environment, commodity price) for such accommodation are met.

What it means to investors

The current rate cut is clearly a boost to the debt market. A rally caused by easing yields could lead to capital appreciation in gilts as well as corporate bonds. That means medium to long-term debt funds could gain further, even though many of them touched double-digit 1-year returns already.

For retail investors, we continue to recommend income accrual and dynamic bond funds that hold a combination of gilts as well as quality corporate bond instruments.

RBI’s willingness to accommodate, based on further data, suggests that there could be room for more rally in debt. That means gains may accumulate over a longer period than at one shot.

For the stock market, a 75-basis point rate cut until June resulted in just around a 35-basis point transmission in terms of lowering borrowing costs. The 125-basis point cut, in all, certainly leaves much more scope, in part at least, for borrowing costs of companies to ease. If this happens, improved margins, both from lower input cost and interest cost could bring cheer to companies with debt in their books. We do not expect such rate cut to immediately translate into investment activity since the capacity utilisation (in manufacturing) is said to be around 70-72%, leaving scope for improved utilisation than addition to capacities.

Besides the rate cut, a few key announcements that could have implications on credit growth, on revival in housing and construction and steady foreign investments include:

–          Bringing down the ceiling on SLR securities in the held to maturity (HTM) category as well as bringing down ceiling on HTM instruments from January 2016 till March 2017, in quarterly intervals. The SLR cuts will effectively mean banks will steadily have more money in hand and hopefully the same shall be used to lend. The cut in HTM would mean banks have to mark to market more securities they hold.

–          Provide a more predictable environment for foreign portfolio investments (FPI) in debt markets by fixing the limit in rupee terms and also increase the limit of investment, in phases, to 5% in balance as of March 2018; besides a separate limit for state development loans. This would open up another Rs 1200 billion and Rs 500 billion in central and state government securities. This measure can be expected to keep the foreign flows into debt market robust but at the same time avoid froth.