FundsIndia explains: what to do when your scheme merges

In the wake of SEBI’s recent proposal to categorise mutual funds and rationalise the number of funds there are, scheme mergers are inevitable. So what happens when a scheme you hold merges? Here’s what you should know.

The whys of mergers

Even without the prodding hand of SEBI, there are several reasons for schemes to merge. A fund house may merge a scheme into another when its AUM is too small to be independently managed. It could merge if the scheme was built along a theme that has no foreseeable potential, or does not generate investor interest. It could merge if there is another scheme that is following more or less the same strategy and portfolio. In some cases, fund houses may merge schemes that are severely underperforming and where turnaround is hard. Scheme mergers usually take place in open-ended funds and not close-ended ones. That’s because close-ended funds anyway have a definitive period when they will be in force and close automatically after that. 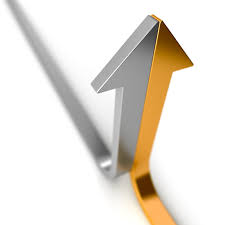 A fund house doesn’t normally state upfront the reasons for a merger. It’s just possible to draw reasons for mergers based on the fund being merged. For example, HDFC Children’s Gift – Savings Plan merged into HDFC Children’s Gift – Investment plan possibly because they are both relatively smaller funds that serve the same purpose. DSP BlackRock Technology.com fund probably merged with DSP BlackRock Opportunities because the former was in a theme that wasn’t doing well besides being relatively smaller in size despite a long track record.

Can schemes close, instead of being absorbed into another? They can. Kotak Multi-Asset Allocation fund, which has proposed to close, is an example. But such outright closures are rare.

When an AMC announces a merger of your fund, you have two options – either you accept the merger or you don’t. AMCs give you one month usually for you to decide what to do.

If you do not want to accept the merger, you can withdraw the entire investment without exit load. The fund returns the money to you, at the NAV of the date your request is processed. The fund house may also give you an option to switch out into another scheme from its stable.

If you do not exercise the exit option in the one-month period, it’s assumed that you accept the merger and you will be automatically allotted units in the new merged scheme. The NAV date for such allocation is the day after the notice period closes. The growth/ dividend option you chose for the original scheme will continue for the new scheme when you accept mergers.

If it is a case of the scheme closing, the value of your holding in the fund is returned to you based on the NAV of the winding up announcement.

If you exercise the exit option, you will have to pay short-term or long-term capital gains tax depending on the merging fund and your holding period. This is because as per tax laws, it amounts to a redemption.

If you proceed with the merger and therefore see your investment moved to the new surviving fund, you have no capital gains tax. This holds true as long as the mergers are within the same asset class (i.e., the same taxation rules). If an equity-oriented fund merges with a debt-oriented fund or vice versa, even accepting a merger has capital gains tax. The HDFC funds’ merger mentioned above is a case in point. However, such mergers are rare.

Regardless of asset classes, though, the date on which you first invested in the original fund will continue to hold even post the merger. That is, when you redeem the new merged fund, the date of investment for tax purposes is not the merger date but is the date on which you invested in the original fund. To put it more clearly, say you bought fund A on 1st October 2016. It merged into fund B on 1st September 2017. Whenever you redeem B, 1st October 2016 will be considered as your purchase date and the holding period will be calculated from that date. The merger date of 1st September 2017 is irrelevant.

Fund mergers are not a cause for immediate alarm. If the new fund suits your investment purpose – its strategy, portfolio, and nature are in line with your risk appetite, timeframe, and overall portfolio – you can simply accept the merger. Your investment is not disturbed and it will continue as before. You will also gain if the new fund is a better performer than the one you hold. For example, investors in DSP BlackRock Technology.com benefitted when it merged into DSP BlackRock Opportunities, which is among the top diversified funds. In fact, sector funds merging into diversified funds reduce your risk levels and may benefit your portfolio much more.

When the new fund does not suit your requirements, accept the merger and reinvest the proceeds. You can either do such reinvestments in a new fund or deploy it into funds you already hold. Even here, your investment itself isn’t hit because you’re only shifting to another fund. Your investment value remains the same. Say you had Rs 50,000 worth in fund A, with another Rs 100,000 spread across funds B, C, and D. You do not want to accept A’s merger into another and thus you withdraw and reinvest it in fund C. Your total investment value remains Rs 150,000. You just own three funds instead of four. Even if you put it into a new fund X, you still have Rs 150,000 invested in four funds.

Yes, you may have tax implications if not exit loads if you do withdraw. However, this should not deter you because you may lose much more if the new merged fund is unsuitable for you. The effort for you lies in understanding the merged fund, assessing its performance and suitability.

What could trigger a wave of mergers now is SEBI’s new proposals, which limit the number of funds an AMC can have in a category to one. Large AMCs, which have several funds, will necessarily have to merge schemes to meet the requirement. So do not be spooked into second-guessing AMC actions or putting off investing because there may be changes in the future. Your investment remains yours.