The government revised the current year fiscal deficit target to 3.8% (from an earlier 3.3%). Lower than anticipated GST collections and a reduction in corporate tax rates have hurt the government’s tax collection. The finance minister used the ‘escape clause’ under the FRBM Act (which allows leeway to relax the fiscal deficit target by up to 0.5%).

The disinvestment target for 2020-21 has been set at ₹2.1 lakh crore. This looks ambitious. The 2019-20 disinvestment target which was originally set at around ₹1 lakh crore was later revised sharply downwards to ₹65,000 crores. The government plans to sell a part of its holding in LIC via an IPO and its stake in IDBI Bank. But, these measures can help bridge the revenue shortfall only if we have a buoyant market.

What is in it for you? 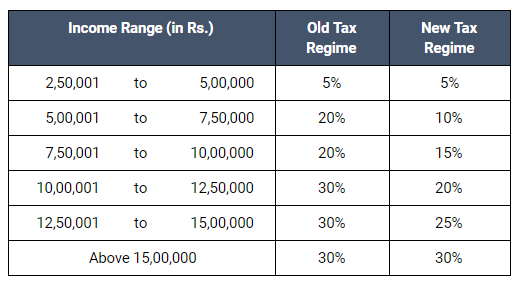 The new income tax rates and slabs will be applicable to those who forego exemptions and deductions. The deductions include Standard deduction, Section 80C, Section 80D, LTA, HRA, interest on housing loan on the self-occupied property among others.

Individuals will have to check if they will have a greater benefit under the new tax rates and decide on which option to choose.

Dividend Distribution Tax (DDT) has been shifted from companies to individuals. Currently, companies have to pay DDT of around 20.56% (including cess and surcharge) on their aggregate dividends. These will now be taxed in the hands of the recipient as per his/her personal income tax slab which is not good news for those under higher slab rates.

This will, however, make the equity market more attractive for foreign investors as they will be subject to the lower dividend tax rate applicable to them under various tax treaties.

Dividends paid by mutual funds too will now be taxed in the hands of the investor at his applicable income tax slab rate. Currently, funds deduct DDT of 11.648% on equity schemes and 29.12% on debt schemes.

The tax deduction up to ₹3.5 lakhs for interest paid on home loans taken for the purchase of affordable housing announced in the last budget has been extended by another year and can be availed till 31-Mar-2021.

5.High earners to shell out more in Employer’s contribution to EPF

In a change from the past, employer contributions to a recognized provident fund, superannuation fund and NPS beyond ₹7.5 lakhs a year in total will be subject to tax. Earlier there was no monetary limit.

6.Segregated Portfolio of Debt Mutual Fund to tax you less

7. Residency Test – NRIs not taxed in any country will pay tax in India

An Indian citizen will be deemed to be a resident of India and will become taxable in India on his income generated in India if he is not liable to a tax resident of any other country. Government has also further clarified that income earned outside India shall not be taxed in India unless it is derived from an Indian business or profession.

To be categorized as an NRI, an Indian now has to stay abroad for 240 days, as against 182 previously. An Indian national who wants to claim the non-resident status can’t stay in India for more than 120 days or more in a year.

Post the success of the Edelweiss Bharat Bond ETF, the government will launch another ETF to raise money.

Given the high expectations for strong reforms to address the current economic slowdown, the markets were disappointed by the lack of major announcements. There was no decision on lowering LTCG (Long Term Capital Gains Tax) in equities.

While directionally this budget has indicated its intent to propel long term growth, it leaves much to be desired in terms of structural measures that could aid faster consumption and investment growth in the economy.

However, we continue to remain positive on equities from a 5-7 year point of view. This is primarily led by expectations on

With the ‘non-event’ budget out of the way, the markets in the near term will eventually start to focus on global factors, updates on coronavirus and signs of recovery in a slowing domestic economy.

We continue to recommend patient long term investors to stick to their long term asset allocation and not get swayed by the near term volatility.

If you are underweight equities, you can take advantage of the near term declines if any to bring back your equity allocation close to your long term intended allocation.

The restraint of the government from announcing any major populist measure is a key positive for the debt markets. Both the fiscal deficit target at 3.5% of GDP and Gross Borrowing at ₹7.8 lakh crores for FY21 were in line with the bond market expectation.

The measure to increase FPI limit in corporate bonds from 9% to 15% of the outstanding stock of corporate bonds is a good move to improve the liquidity in bond markets. Opening up of certain specified categories of government securities for NRI investors is also a step in this direction.

On the negative side, excess SLR (Statutory Liquidity Ratio) investments within the banking system and high food inflation remain the key risks to monitor.

Given the above context, we expect interest rates to remain “lower for longer” and the bond yields to trade within a narrow range.

We continue with our recommendation to stick to debt funds with high-quality credit and with short duration (less than 3 years).

Credit risk funds can be avoided given the current weak economic growth environment and the poor liquidity (read as difficulty to buy and sell) for lower-rated securities.