What to do with your fund when a correction happens

In recent times, stock markets have given us enough reasons to worry. First, there was the blistering run in July when indices hit all-time highs. Then there was concern of an imminent nuclear war and spats between world leaders, leading to a brief correction. Now, markets are down as Infosys tanked and the stock forms a part of most large-cap fund portfolios. 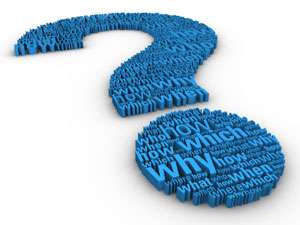 Yes, the equity markets have fallen 2% since August. Markets also fell between August 2015 and February 2016, and again from September 2016 to March 2017. Unlike 2008, these falls have not been steep enough for you to notice. This is because it was gradual and would not have been visible if not for the media bombarding you with stories or you checking your investment value on a daily basis.

Well, that’s how corrections in bull markets happen. They are not sudden or swift, unlike the downturn seen in a year like 2008. For now, there is no new development. Concerns over economic growth, bank balance sheets, private sector investments, and new taxation systems have been around last year, persist into this, and will continue into next year. While we will have to watch what dimension these issues take, it is easier for us to look internally and assess where we stand.

Corrections are necessary, good and prevent too much steam/bubble from building up. Given the way markets have shot up this year, a correction makes stock prices more realistic. Still, a correction invariably bothers most investors. There are two ways most people react to corrections:
– Some worry and stop or pause their investments/SIPs
– Some want to plough more money on correction

Of course, quite a few, wisely, stay put! Here’s what we have to say to the above two categories of investors:

Stay the SIP course
For those who stop their investments or SIPs, our message has been the same. First, short-term blips hardly matter in the long run. You simply have to stay the course to reap the benefit of equity investing. For those running SIPs, it is more risky to stop investments when markets fall. These falls provide opportunity to average costs. You deny your portfolio such an opportunity by stopping SIPs exactly when the market corrects. More importantly, you’re also stopping your savings habit. In turn, this stops wealth creation.

When to buy on dips
For those wanting to buy on dips, remember that it is not to be applied blindly. For example, say that in the past month, markets are down 5%. If you had bought a fund recently through lump sum, then the current scenario provides an opportunity to average. To illustrate, if you had bought say 100 units of a fund at Rs 55 NAV and it has now fallen by 6% to Rs 51.7; then buying another say 50 units would bring down your cost to say Rs 53.7 per unit. So you do get to average.

But if you had bought the fund much earlier for a lower NAV, then average may not work with just a single investment. In the above example, if your cost had been Rs 45, then even with a 6% fall in a month, you would not be able to average costs down by much. All you have is that your profits on paper shrink; you don’t actually have losses to make up through buying on dips. The market needs a sustained or steeper fall in order to average.

The principles of averaging work straight enough in a stock – even if you bought it at slightly higher price than your original purchase price – as long as you see value at the price at which you buy. That is, the current price is still good enough given the potential of the stock and prices may still be cheap enough to buy. However, a mutual fund is a portfolio of stocks that is ever changing. There is no such thing as buying a ‘cheap NAV’. So when you do try to average, especially when it is linked to market correction, ensure that you do it correctly or only when it makes sense.

There is a third category of investors, we said, who do nothing. They are perhaps doing the wisest thing. If they ran SIPs, they would allow it to average by default. If they held lump sums and had a long-term view, the short-term gyrations should not matter anyway. They make for successful investors!