FundsIndia explains: Should you invest in mid-cap funds?

With the Nifty Freefloat Midcap 100 delivering 28% in the last one year, against the Nifty 50’s relatively modest 17%, midcap funds are the first choice for many investors. What makes the mid-cap stock universe a superior returning option (albeit with higher downside, no doubt) than their large-cap peers? And should your portfolio have a mid-cap fund and if so how much? Read on to know.

What makes them tick?
Less tracked: Broadly, the stocks beyond the top 100 in terms of market capitalization fall under the mid/small-cap category. These stocks, unlike their large peers, are not tracked as vastly and therefore provide enough scope to benefit from information gap – that is market’s lack of knowledge of a particular company, thus leading to its prospects not factored into its price. Some years ago, for instance, not many would have heard about Page Industries or Jubilant Foodworks, until these stocks became multi baggers. Page Industries, for instance, jumped 5 times in 5 years! 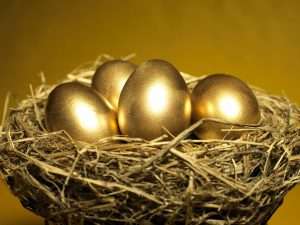 Under-owned nature of stocks: A number of mid-cap stocks are under-owned by broad markets either because they are highly illiquid (as a result o high promoter holding) or are not too known in the markets. As a result of low liquidity, even quality midcaps do not account for a large chunk of many institutional investors as the price impact of entering or exiting such stocks is high. Given below is the ownership pattern of the different market cap segment. Such under ownership also means that there are enough opportunities to be tapped in this segment, with the right stocks, that is.

Re-rating and wealth effect: The mid-sized nature of their business allows quality mid-cap companies to ramp up market share, grow their volumes and often times their profit margins, and achieve a critical mass that gets noticed in the market. That is when the transition from being a midcap to a nascent large-cap or a large-cap begins to happen; thus leading to the stock suddenly receiving higher valuations, thus bringing the wealth effect. Take the case of a stock like Lupin – from about Rs 3000 crore of market cap in mid-2005, the stock is now Rs 51,000 crore in market cap – 17 times in 12 years!

Unique opportunities Besides the above, exposure to interesting and niche sectors can be had only through the mid-cap space. For instance, companies in the consumer retail space or Internet-based businesses or other unique services would typically be mid-sized and growing. On the other hand, there could also be sectors whose market share is not large but have very dominant mid-cap players present in the segment. Sectors such as logistics, select engineering segments, media and entertainment and retail consumption space would be industries that would have companies one would miss out in the large-cap space.

Not without risks
However good their promise, mid-cap stocks are also highly vulnerable. One, they often hold large debt in their books, as they typically grow through leverage. During a slowdown or high interest rate regimes, therefore, they are the most hurt.

Two, many of them fail to regain market shares that they lost during a slowdown (as larger and more resilient players take over) and are unable to bounce back even when the economy recovers.

Three, exit of a large investor often leads to negative price impact and general pessimism affecting the stocks. Four, Regulatory issues, more often hit smaller companies more either because of the financial impact such regulation may have or other indirect cost of compliances.

How to participate
Hence, it is important to remember, a few rules to invest in the mid-cap space would help you participate adequately without burning your fingers. First, for every mid-cap stock that is a multi-bagger there could be many that destroyed wealth. There are many stocks that destroyed as much as 90% of investors’ wealth in the years following the 2008 downturn. Also, multi-baggers of yester years such as Unitech or more recently Kaveri Seed Company or Jubilant Foodworks lost much of the wealth they built. That means, returns may not last long in some cases.

Two, mid-cap funds can be part of your portfolio but cannot be the only segment in your portfolio. Why? One, picking the wrong mid-cap funds can impact your portfolio very badly. For instance, the worst performing midcap fund fell as much as 75% in 2008. And there are those that still sport poor returns over a 5-year period. That means, unless the fund is able to bounce back with a good portfolio of stocks, it can pull down portfolio performance.

Three, it is not always that midcaps beat large caps. For example, over the last 10 years, if you take any 3-year returns (looked at daily) you will find that the Nifty outperformed the Nifty Free float Midcap 100 35% of the times. This essentially means midcaps are not invincible. And the risks are higher if you take direct equity exposure in this market-cap segment rather than taking the mid-cap fund route.

Four, avoid the temptation of going all out on mid-cap funds for the following reasons:
– the mid-cap universe that funds can participate is limited. Hence owning too many mid-cap funds will only duplicate your portfolio.
– Taking very large exposure to a midcap fund is also not advisable for reasons mentioned earlier. Besides, remember that diversified equity funds will always do the job of upping mid-cap exposure when they find opportunities in that segment.

That means, you have to factor in the mid-cap exposure you get through the diversified funds that you may hold as well. Ideally, we would prefer not more than 20%-30% of equity exposure to pure midcap funds for even a reasonably aggressive investor. Mid-cap funds have also shown to have cycles of outperformance after which some get left behind. For those of you familiar with the mid-cap fund universe, you will know that the star performers of 2005, 2006 or 2007 are no longer the top-quartile names in this market-cap segment today. Hence, even when you are building a portfolio with a mid-cap fund it is imperative to review its performance at least every couple of years.

Lastly, given how mid-cap as a universe can swing, SIPs are the optimal way to invest in this segment to ensure you do not burn your fingers.

This article first appeared on this blog in June 2014. It has been modified based to reflect current facts and numbers.