What?
• A multi-cap equity fund with a 23-year track record
Why?
• Steady performance and lower volatility

The HDFC stable has a handful of funds with a track record of over 20 years. But perhaps the least spoken of them all, despite a steady performance record, would be HDFC Capital Builder. Overshadowed by sister equity funds such as HDFC Equity and HDFC Top 200, Capital Builder is seldom spoken of, in the investing world. Yet, this low-key multi-cap fund has been a steady performer with a compounded annual return of 15% in the past 15 years; a good 5.4 percentage points more than its benchmark Nifty 500 and 3 percentage points higher than the multi-cap category average.

HDFC Capital Builder was among the funds that HDFC took over from Zurich Mutual in 2003, along with funds such as HDFC Equity, HDFC Prudence, HDFC TaxSaver and HDFC Top 200. HDFC Capital Builder has always positioned itself as a multi-cap fund – with mostly a large-cap focus and some exposure to mid-cap stocks.

The fund is classified as a diversified fund in FundsIndia category as opposed to its sister fund HDFC Equity, which falls under our large-cap category presently. It is noteworthy that HDFC Equity has in the past donned a multi-cap role as well; although its present large-cap holding is higher. To this extent, the distinction, based on market-cap holding may not tell much.

Over the years, HDFC Equity has given the impression of being an aggressive fund, a bull market king, outperforming peers by a mile in rallies even as it underperforms in volatile/down markets. HDFC Capital Builder, on the other hand, has not shown any such tendency and has rather been an above-average performer across most market cycles.

Investors looking to build wealth for the long-term can continue to hold HDFC Capital Builder as part of their diversified equity allocation. It is presently 4-star rated by FundsIndia Ratings.

HDFC Capital Builder has been a highly consistent performer when compared with peers in the multi-cap/diversified equity fund category. When returns were rolled daily over 3-year time frames (for the last 5 years) the fund beat its benchmark and category 100% of the times. This record is a tad better than even Franklin India Prima Plus; although the later scores on many other aspects such as risk-adjusted return and downside protection.

In the past 10 calendar years, the fund underperformed its benchmark just twice once in 2006 and then in 2012. 2006 was a particularly bad year when the fund missed the strong rally in many cyclical sectors such as infrastructure and metals as well as new-age sectors such as media. The underperformance in 2012 was much narrower. 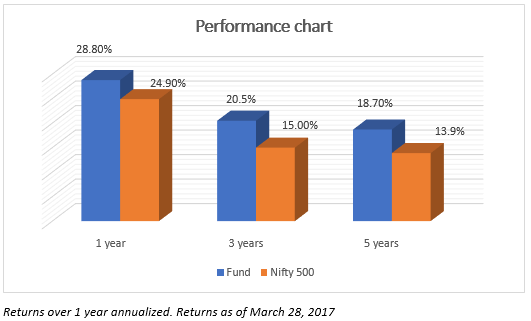 HDFC Capital Builder also sports a low standard deviation suggesting that it is less volatile. Although not strictly comparable, the fund’s standard deviation (based on 1-year rolling returns for the past 3 years) suggests it is less volatile than HDFC Equity. However, over longer time frames, HDFC Equity’s volatility goes down. This reflects the character of the funds: that HDFC Equity is more volatile in the short term while HDFC Capital Builder does not show much variation over longer time frames.

It is interesting to note that HDFC Capital Builder churns its portfolio a lot more than peers such as Franklin India Prima Plus and even higher than its sister fund HDFC Equity. This is reflected in its higher portfolio turnover ratio. A further look at HDFC Capital Builder’s portfolio suggests that the fund is reasonably quick to spot opportunities or reduce holdings in poor calls. To this extent, it does not appear to have a very high buy and hold high conviction approach like HDFC Equity. 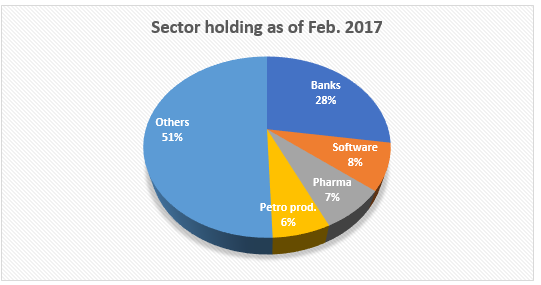 Over the last 1 year, HDFC Capital Builder did not make any major sector rejigs other than upping its holding in financial services and energy and marginally reducing in IT. Within the energy space, stock rallies prompted the fund to reduce some and enter others with lower valuations. For example, in the past 1 year, it exited Oil India and Gujarat Gas but increased exposure to Gail India and added NHPC. In the metals space, it reduced exposure to Vedanta and MOIL. Yes Bank, Adani Ports, VIP Industries, Tata Communications and Gail India were among the top returning stocks in its portfolio the past 1 year. The fund is managed by Chirag Setalvad and Mithen Lathia. The fund had an AUM of Rs. 1,438 crore as of February 2017.

Read our latest article on this fund
Invest in HDFC Capital Builder Value Fund Now!
Talk to an Advisor