Should you make your move into the market now?

October 11, 2013 . Vidya Bala
Equity Research
Remember, when the signs of growth are obvious, the markets would already have factored those ahead of such clear indicators. Hence, it is these standalone hints, which may move in either directions, that actually provide opportunities to make your move into equities. 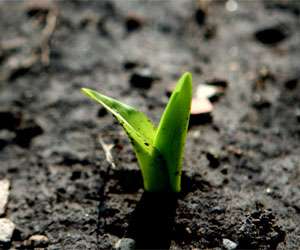 Call it green shoots or simply a week of positive news flows, at least for a good part. The equity markets had enough reason to react positively through the week of October 7-12.  Those were:

What do these events sum up to? They are all mostly pro-growth and here’s why.

Similarly, higher trade deficit was a key reason behind the RBI’s policy rate hikes. Now, for the third straight month, export numbers have risen and imports have fallen, both compared with their respective year ago numbers. This left the trade deficit at $6.8 billion for September, a fall of 38% from the previous month and 63% lower compared with a year ago.

If the recent months’ numbers are any trend, a lower deficit will provide comfort for the RBI to focus on growth and refrain from interest rate hikes. The caveat here, though, is that sustained higher inflation numbers could spoil the show.

Tightening rupee is often seen as a big comfort factor for foreign inflows. With analysts beginning to revise their rupee-dollar guidance, that too can provide a morale boost for the equity markets.

The export numbers also suggest that sectors such as IT and pharma, rupee stabilization not withstanding, could go on to boost growth, although gradually.

Of course it may be far-fetched to suggest that these events can even influence better FY-14 GDP growth. That’s too late for any rescue measure. That also means that you cannot expect any magic in the Sensex numbers, which are likely to remain range-bound. For all you know, the gains of this week could be entirely wiped off before the month closes.

Strong numbers from Infosys too, means nothing for other sectors that are likely to see muted earnings growth.

But it may be worthwhile to put these data together and the RBI’s governor’s statement on growth bottoming out, and begin to contemplate whether it could be a good time for equity accumulation.

Remember, when the signs of growth are obvious, the markets would already have factored those ahead of such clear indicators. Hence, it is these standalone hints, which may move in either directions that actually provide opportunities to make your move into equities.

I am certainly not calling this  a timely move but it’s better than moving with the herd later. After all, the larger the herd, the smaller your share of gains.

And since timing the market is no easy game, SIPs in a diversified basket of mutual funds remain your best bet to take exposure to equities.

6 thoughts on “Should you make your move into the market now?”