Among dynamic bond funds, ICICI Prudential Long Term Plan ranks at the very top in the one, two, and three-year timeframes. Its one-year return of 17.3% leaves the category’s average 14.4% far behind. An aggressive duration call and deft management of its portfolio propelled these returns.

The fund, though, was until 2013, a short-term accrual fund after which it changed to become a dynamic fund. 2013 to now has seen only a single interest rate cycle, and this cycle also favoured (and still does) duration.The fund’s mettle in consistently spotting and navigating all rate cycles is yet to be tested.

Dynamic bond funds increase exposure to long-term bonds, primarily government securities or gilts, to gain from any fall in interest rates. Bond prices rise when interest rates fall. ICICI Prudential Long Term Plan (ICICI Pru LTP) takes duration calls based on an in-house debt valuation model. Since its repositioning, ICICI Pru LTP benefited from the bond price rally,given that we have been in a declining interest rate cycle from then.The fund has played with its gilt exposure aggressively, which helped it deliver chart-topping returns.

For one thing, it takes much higher duration call than its peers. It called the rate rally correctly in 2014 and put almost its entire portfolio in government securities. Here, it invested in far longer maturity instruments than its peers. Longer maturities pay off handsomely when rates fall and bond prices rally.But it can hurt just as much if the call goes wrong; funds that move into very long maturities or higher duration are thus termed as aggressive.

ICICI Pru LTP’s portfolio maturity, at around 12-20 years over the past two years, has been above most of its category. Top performing peers such as UTI Dynamic Bond and Tata Dynamic Bond had lower average maturities around 8-14 years.As indications emerged that the rate rally was entering its last stage, these funds also tapered their duration calls earlier. ICICI Pru LTP too reduced its duration but not as much as its peers. This, therefore, helped ICICI Pru LTP recently in the wake of the demonetisation-fuelled yield spurt.

For another, ICICI Pru LTP is also swift in changing its portfolio. While the objective of dynamic bond funds is to actively shift portfolio maturity in line with interest rate movements, most funds do this in a gradual manner, often headed in one direction. ICICI Pru LTP, though braves itself to take quick, extreme moves within short spans; not necessarily in a single direction. For example, in 2014, the portfolio’s average maturity, primarily influenced by the extent to which it holds government securities, moved from less than a year to 11 years, down to 8 years, to above 12 years all in the span of a few months. 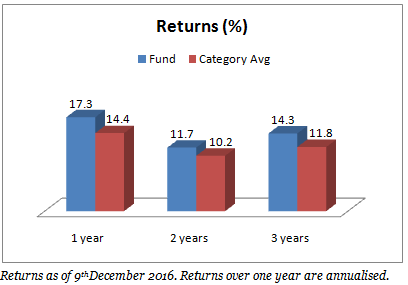 Given its deft moves and a favourable rate cycle, ICICI Pru LTP returns rank at the top of its category in the one, two, and three-year periods. It beats the category average by a good margin of around 2 percentage points. Considering the average of the one-year returns rolled over three years, has returned 12.5%, much higher than the category’s 9.11%. This is also above the returns of usual top performers Birla Sun Life Dynamic Bond, UTI Dynamic Bond, and Tata Dynamic Bond. However, ICICI Pru LTP is a much more volatile fund than these. The fund’s volatility, measured by standard deviation, is well above its category too. 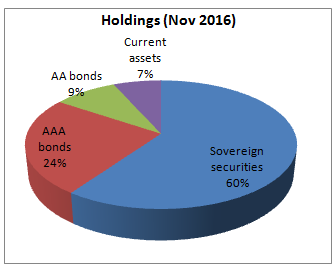 In the past two months ending November, the fund sharply reduced its duration and gilt exposure. It instead moved into AA and AAA-rated corporate bonds, which can help shore up returns once the yield rally tapers off. However, given the fund’s limited history in dynamically managing its portfolio and the fact that it has seen only one rate cycle so far, we would prefer to watch this fund’s performance for several rate cycles.

The fund is managed by Manish Banthia and Anuj Tagra.